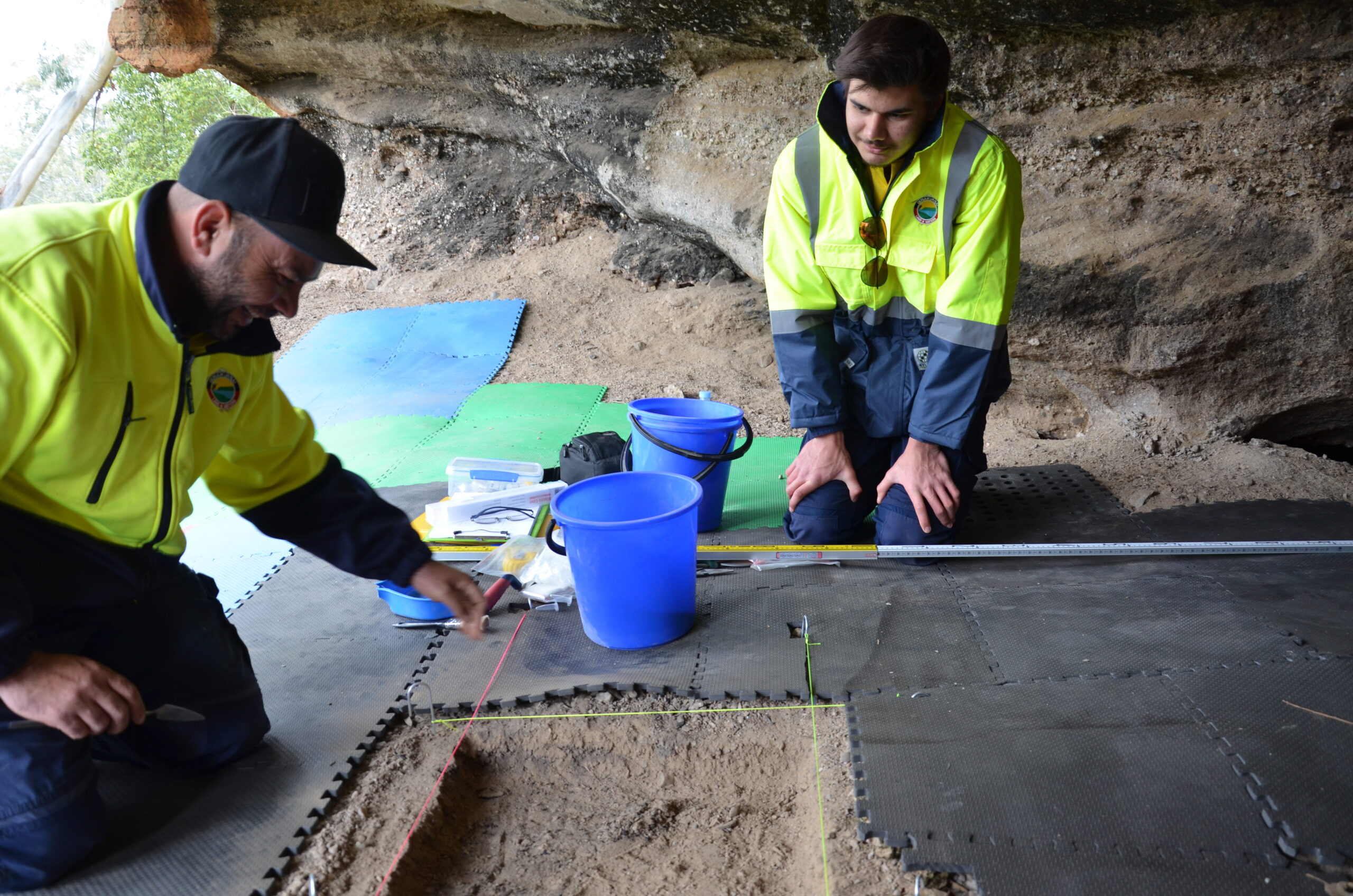 A rock shelter located on Gunaikurnai Country has been revealed to contain highly significant cultural heritage deposits dating back many thousands of years, before the height of the last Ice Age.

The shelter is situated in the Mitchell River National Park and has not previously been recognised to hold any archaeological evidence.

The discovery was made as part of a long-term study by Gunaikurnai Land and Waters Aboriginal Corporation (GLaWAC) in partnership with the Monash University Indigenous Studies Centre at Monash University, and the Australian Research Council Centre of Excellence for Australian Biodiversity and Heritage (CABAH), with findings recently published in Australia’s leading archaeology journal – Australian Archaeology.

Mitchell River National Park in East Gippsland is one of ten parks and reserves jointly managed by GLaWAC, representing the Gunaikurnai Traditional Owners, and Parks Victoria.

While it is widely recognised that members of the Gunaikurnai community have deep ancestral, spiritual and broader cultural connections with the Mitchell River landscape, less than 1% of the National Park has been surveyed for cultural sites.

This study reveals that cultural deposits ranging from before the last Ice Age to very recent times are present in rock shelters within the Park.

Excavated remnants provide an insight into what the landscape used to look like with evidence of an array of locally extinct mammals found, including the Tasmanian pademelon and the Long-tailed mouse, which are both now confined to Tasmania.

“Identifying evidence of animal and plant remnants can tell us about who was around over a long period of time; it helps to tell the broader story of the changing environmental landscape over many thousands of years,” according to RAP Manager, GLaWAC, Russell Mullett.

The bones of Australian bass fished 850 years ago together with stone artefacts that likely originated from the Mt Hotham/Dargo area help to draw a picture of the traditional practises that the Gunaikurnai used to sustain the land for thousands of years.

“Our aim is to map and investigate cultural places using archaeology and palaeoecology to fill in details of the cultural story of the Mitchell River National Park.

“This information will help tell the story, and the significance, of Gunaikurnai Country both for GLaWAC and the broader community,” Mr Mullett said.

The study provides clear evidence of a long period of cultural occupation and indicates the significance of the Mitchell River National Park to the Gunaikurnai community.

Many more such deposits of past cultural activities in Gunaikurnai Country are likely to exist, even if today nothing can be seen on the shelter floors.

“Archaeology in the 21st Century has changed from one directed by outsiders wanting to find out about deep-time Aboriginal history, to community-driven and coordinated partnership research,” said archaeologist, Monash University and CABAH, Professor Bruno David.

“It is an absolute privilege to be invited to help research the stories of Gunaikurnai Country.

“When done at its best, archaeology works for, and with, the communities whose (hi)stories are being researched. And we all learn from each other.”