The Gunaikurnai people’s strong and continuing connection with Country was legally recognised in October 2010. As part of the package of agreements in the Traditional Owner Recognition and Settlement Agreement, Gunaikurnai were granted Aboriginal Title over 10 national parks and reserves.

Aboriginal Title is the grant of crown land to Traditional Owners for the sole purpose of joint management, and recognises Aboriginal peoples’ deep understanding of land, water and biodiversity.

Joint management of this land is a partnership between Gunaikurnai Traditional Owners and the State, allowing both to bring their knowledge and skills to the management of protected areas.

These environments including the forest, rivers, beaches, plants and animals are all part of Country and the cultural identity of the Gunaikurnai.

They are valued for the environment and as a vital part of contemporary Aboriginal culture. Protecting, managing and enjoying the land is an important part of this connection and responsibility.

Country is vital to contemporary Aboriginal culture and an important part of the cultural identity of Gunaikurnai Traditional Owners.

Joint management is a new way of managing the land, and an exciting opportunity for us to have real influence over what happens on our Country.

As part of the model, Gunaikurnai and Parks Victoria Rangers are collectively responsible for the on-ground management of the 10 parks and reserves.

The partnership also brings the opportunity for knowledge sharing and development of employment, education and training. With the partnership comes decisions, resources, skills and equal opportunity in all relationships and business.

This is the basis of the partnership between the GunaiKurnai and the Victorian Government. 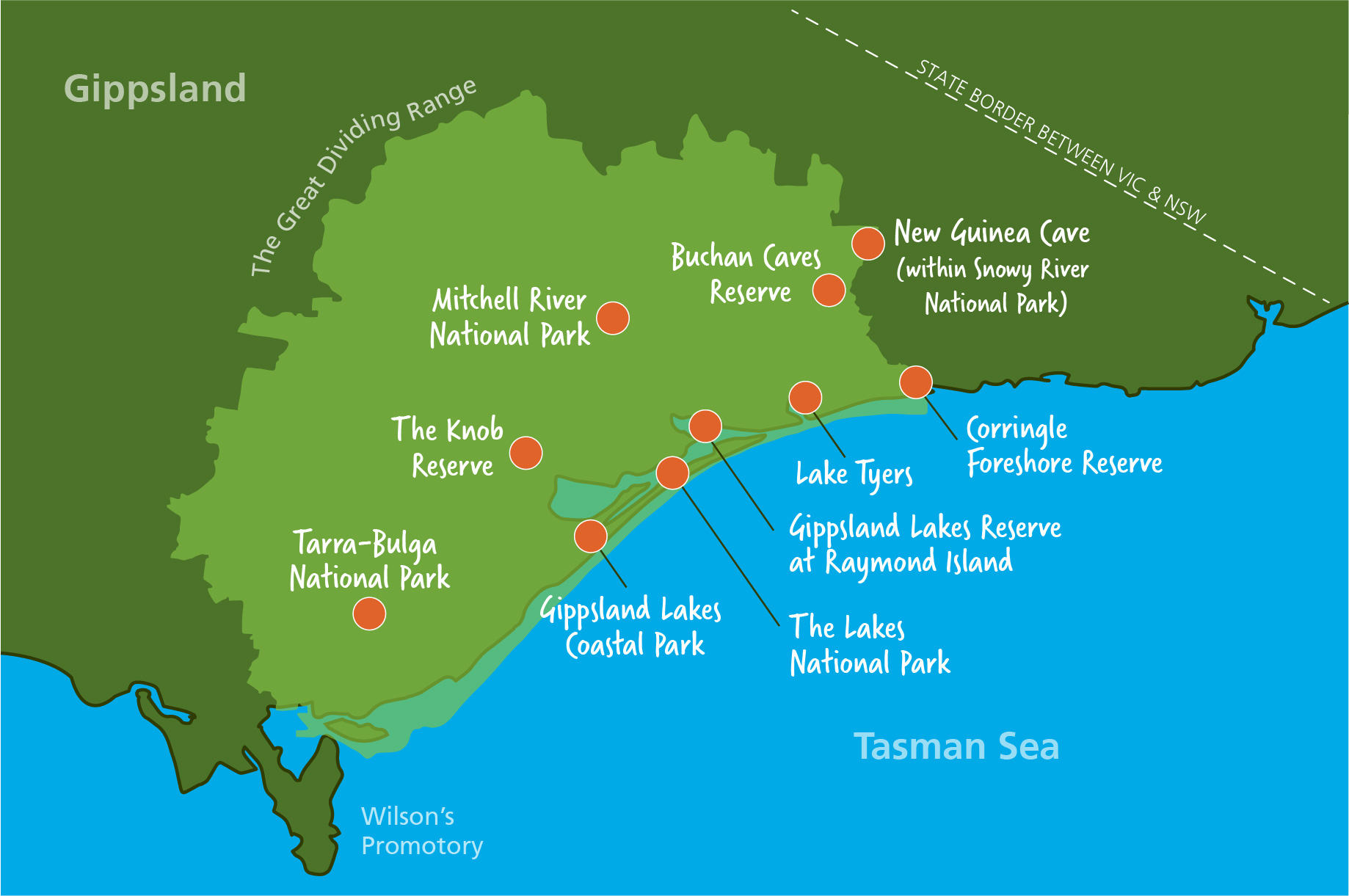 The long-term aspiration of the Gunaikurnai, as shared by the GKTOLMB, is to progress through joint management to full management of all Aboriginal Title land, generating a range of cultural and economic benefits for Traditional Owners and delivering important outcomes for the broader community.

It is recognised that there is a long way to go before this aspiration can be fully realised, with steps being taken now to build the capacity, experience and evidence base to work towards a full transfer of responsibility to Gunaikurnai in the future.

This joint management model is a new way of managing the land, and an exciting opportunity for us to have real influence over what happens on our Country.

Read more about the GKTOLMB 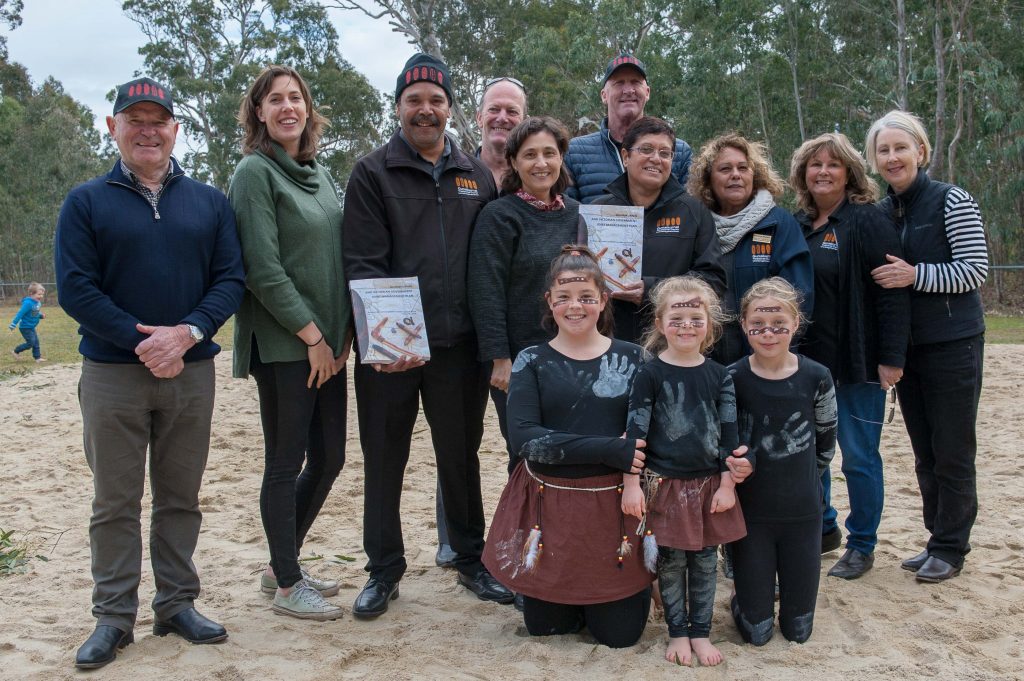 The objective of joint management is to establish an equitable partnership between the State and the Gunaikurnai People to ensure innovation and excellence in joint management, including the following purposes:

The below provides a summary of what each agreement does:

Section 23 of the TOS Act specifies that before Aboriginal Title is granted a TOLMA must be agreed under s82P CFL Act. The TOLMA records the commitment to establish the Traditional Owner Land Management Board and appoint its members. Aboriginal Title will be granted over the 10 areas of land subject to the TOLMA.

What is the Victorian Traditional Owner Settlement Act?

The Traditional Owner Settlement Act 2010 is a Victorian law which provides for an out-of-court settlement of native title and resolution of land justice.

The Act allows the Victorian Government to make agreements with Traditional Owners to recognise their relationship to land, and provide for certain rights on Crown land and other benefits. In return for entering into a settlement Traditional Owners must agree to withdraw any native title claim they have pursuant to the Commonwealth Native Title Act 1993, and to not make a claim in the future.

Traditional Owner groups may still pursue a formal determination of native title under the Native Title Act 1993, through the Federal Court process if they wish.

Agreement between the State and the Gunaikurnai

On 22 October 2010 the Federal Court recognised that the Gunaikurnai holds native title over much of Gippsland.

The Agreement area extends from west Gippsland near Warragul, east to the Snowy River and north to the Great Dividing Range. It also includes 200m of sea country offshore. The determination of native title under the Native Title Act 1993 covers the same area.

Native title is taken to be extinguished on grants of freehold land (private land) and by crown land subject to public works (roads, public development etc). Therefore the agreement and the native title determination only affect undeveloped Crown land within the Gippsland region.

What does the agreement include?

The 10 Parks and Reserves

What changes will there be to National Parks and Reserves?

All land subject to Aboriginal Title will continue to be managed consistent with the applicable public land legislation. Existing access and use rights (including existing licences, leases or permits on Crown land) will not be affected.

A Traditional Owner Land Management Board (TOLMB) will be established including Gunaikurnai and other representatives. The Board will manage all the jointly managed parks and reserves within the agreement area. The Board will develop a Management Plan with the Department of Environment and Primary Industries that will set the strategic direction for the land. A Management Plan will be subject to public consultation and final approval from the Minister for Environment and Climate Change. It must also be consistent with legislation and policies applicable to that public land reservation.

What is a Joint Management Plan?

A Joint Management Plan must provide for the sustainable management of the Appointed Land and may include strategies for:

Joint management will benefit both Gunaikurnai and the wider community through recognising Indigenous culture and knowledge, providing quality tourism experiences, improved public education and by conserving, protecting and enhancing natural and cultural values. There will be increased funding to support joint management and to employ Gunaikurnai people to work on country. This will result in healthier parks and better visitor experiences.

Directed by the JMP, the intention is to enable the practice of traditional land management together with the State’s contemporary natural resource management systems.