The Gunaikurnai people are recognised by the Federal Court and the State of Victoria as the Traditional Owners of a large area of Gippsland spanning from Warragul in the west to the Snowy River in the east, and from the Great Divide in the north to the coast in the south, approx. 10% of the state. 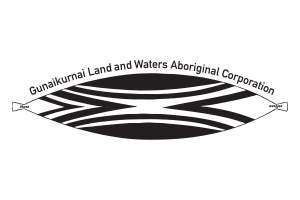 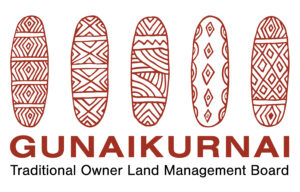 The Gunaikurnai Traditional Owner Land Management Board works with our people and the Victorian Government to set and guide the partnership for joint management of ten parks and reserves that have been granted as Aboriginal Title to the Gunaikurnai people.

Through GLaWAC and the GKTOLMB, we have a number of formal and informal agreements and partnerships with government, the public and private sectors, and philanthropists who wish to protect and conserve Country and the environment for all people – today, and into the future.

The Five Clans of the Gunaikurnai

This map shows the Traditional areas of the five Gunaikurnai clans as approximated by A.W. Howitt in the 1880’s.

Brataualung people in South Gippsland. From Cape Liptrap and Tarwin Meadows, east to the mouth of Merriman Creek; inland to near Mirboo; at Port Albert and Wilsons Promontory.

Brayakaulung people around the current site of Sale. From Providence Ponds, Avon and Latrobe rivers west of Lake Wellington to Mounts Baw Baw and Howitt.

Brabralung people are from Central Gippsland. From Mitchell, Nicholson, and Tambo rivers; south to about Bairnsdale and Bruthen.

Tatungalung people near Lakes Entrance on the coast. Along the Ninety Mile Beach and about Lakes Victoria and Wellington from Lakes Entrance southwest to mouth of Merriman Creek, also on Raymond Island in Lake King.

Krauatungalung people near the Snowy River. From Cape Everard (Point Hicks) to Lakes Entrance; on Cann, Brodribb, Buchan, and Snowy rivers; inland to about Black Mountain.

NOTE: These are the official shields and spelling of the clans as endorsed by the GLaWAC Elders’ Council.
GLaWAC recognises the strong cultural input of Uncle Jock Hood and other Elders in drawings currently used to represent the 5 clans of the GunaiKurnai

Cultural knowledge is held by individuals, Elders and Community and is deeply spiritual and personal. These personal views are a right under the charter for human rights.

This website acknowledges this right but also recognises that certain aspects of this cultural knowledge is sought by outside groups, government agencies and education providers and that consistency, or an explanation where inconsistency occurs, is required.

GLaWAC, as the representative body set up as a result of the Native Title and Settlement Act, takes its responsibilities very seriously to ensure balanced and consistent public material is provided and available if deemed appropriate by the Elders and knowledge holders.

GLaWAC has policies and processes in place to protect the intellectual property of this personal and organisational knowledge, to ensure that cultural learning and sharing is encouraged in a culturally safe manner and the Knowledge Holders are respected.

These databases collected dust in museums and libraries for many years until researchers started to take an interest in Aboriginal history. By the 1960s, linguistic studies began and further development in this field has influenced the ‘interpretation’ of the sounds. The stories passed down by Elders to some in community make a significant contribution to this journey.

That said, we as Gunaikurnai descendants were not able to access this information, to verify or to validate the information until the 2000’s. GLaWAC continues to work to ensure this material is available to all of the community in a balanced and consistent manner.

In relation to the use of language, we find varying spelt words to choose from, depending on who the recorder was.

During the negotiations with the State of Victoria and the Federal Court, significant and complex written, and personal evidence was provided by the Traditional Owner community who connect to the area known as Gunaikurnai Country. The Court and most parties agreed that all people of the above area were connected to the Apical Ancestors and that the two language names would be put together to recognise and respect all. Hence Gunaikurnai is the agreed name to be used.

There are many Dreaming and significant stories shared by the mob, many of which are used in interpretive material. The spelling of those which appear on this website has been approved for use by the Elders and Knowledge Holders to ensure balanced and consistent public material is provided and available.